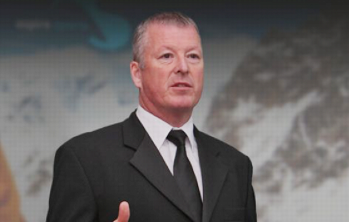 After being told he would amount to nothing whilst in school, David went on to secure an apprenticeship with the British Government at the RAF Base close to his childhood home.

As it transpired, the same little boy who was told (whilst at school) that he was a dreamer, was transformed at Technical College by tutors who believed in him and encouraged him to achieve his goals.

On completion of his apprenticeship, David went on to travel the world with various government departments visiting some fifty-two countries.

After thirteen years within government, David moved on to international motorsports (predominately Formula One) for 20 years working for six different teams including Force India, Red Bull Racing and Renault F1.

David’s passion for climbing was another dream that 1970’s teaching discouraged, however; not only did he go on to climb mountains, he chose the biggest mountain range in the world to challenge himself, the Himalayas.

He will share with us common traits we can all develop to help manage certain situations in a calm and reasoned manner.